THE ABC OF TRIATHLON

The triathlon combines in a single event, swimming, cycling and running, making it a multidisciplinary challenge.

In a Triathlon event, athletes individually perform a course, first swimming, usually in open waters (sea, lakes or rivers),
then cycling a bicycle, on the road or off-road (MTB) and
ending to run. The order of the segments is always the same and there is no stopwatch in the passage of one segment to the other, the so-called transitions, oftentimes also called the ‘fourth discipline’. The most common transitions are “T1” (swim-to-bike) and “T2” (bike-to-run). For competitive athletes, the objective is to get in and out of transition as quickly and efficiently as possible. Almost every triathlon event will have some sort of transition area where athletes can rack their bikes and set up their gear before the race. 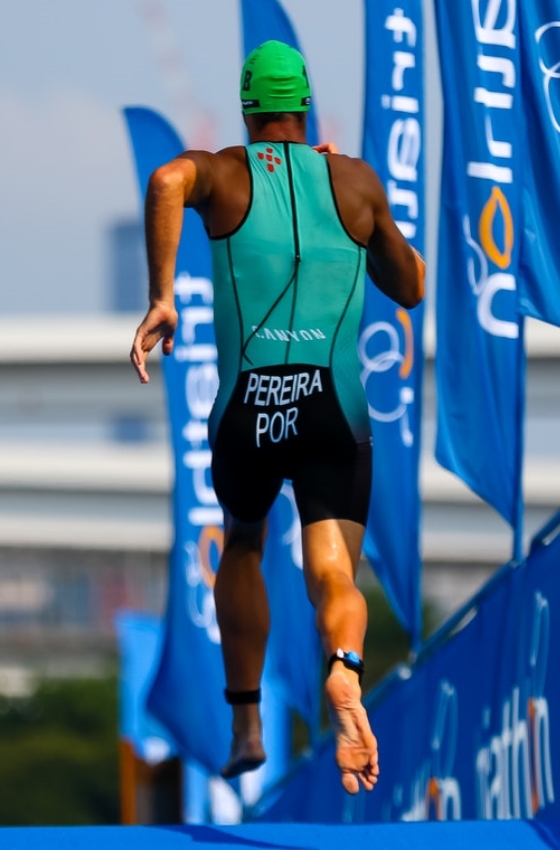 When and where Triathlon was born?

Triathlon, as we know it today, was born in the decade 70s of the last century at the San Diego Track Club,USA. On September 25, 1974, Jack Johnstone and Don Shanahan organized (and participated) in the first combined race, then, of swimming, cycling and running. It would be on February 18, 1978, with the Ironman Hawaii, that the sport started its expansion worldwide. John Collins, American navy officer, had the idea of doing a triathlon on the island of Honolulu that would take athletes to the limit of physical endurance. 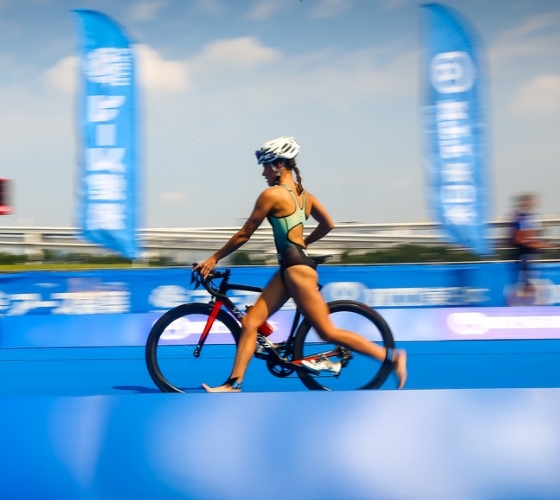 How did Triathlon evolve since its debut as an olympic sport?

Triathlon has been an Olympic sport since its debut at the 2000 Summer Olympics in Sydney, Australia. The variant contested at the Olympics (called Olympic distance) is composed of a 1.5km swim, followed by a 40km bike portion and a final 10km run leg. Since 2000, the Olympic triathlon competition consists of a men’s and a women’s event.

It was announced that Triathlon Mixed Relay will make its Olympic debut at the Tokyo 2020 Olympic Games.

Triathlon Mixed Relay
Triathlon Mixed Relay format has brought racing at its most thrilling, where the individual sport combines with pure team spirit. Athletes must complete a super-sprint triathlon – 300m swim, 6.6km bike and 1km run – before tagging off to a teammate, always in the order female-male-female-male. Among the most exciting aspects of these races for spectators is the athletes’ dramatic sprint and dive after being tagged by their teammate, as well as the intensity and speed from start to finish, the tight back-and-forth lead changes and team pride that this innovative racing format elicits.

How many types of Triathlon are there?

Triathlon has different classifications, based on the distances of your courses:

*Due to the long distances, the race is disputed in three days.

In case you’re new to triathlon, you can find all the information you need in order to follow the athletes, and become an expert here.